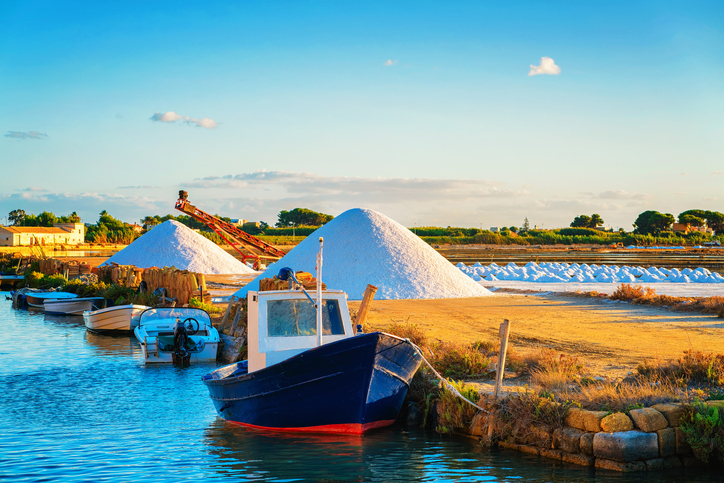 Global demand for energy is increasing at an unsustainable rate, driven by economic expansion, population growth and an increasing living standard in emerging countries.

This is resulting in depletion of available fossil fuels, and an increase in worldwide CO2 emissions. Renewable energy sources that minimise the impact on the environment are attracting ever-more attention, as scientists seek new approaches to overcome this problem. This led researchers in Italy and the Netherlands to investigate the use of reverse electrodialysis to generate energy from salinity power gradients, exploiting the chemical potential of real brackish water and exhaust brine from a solar pond.

Reverse electrodialysis (RE) is an emerging technology with the potential to generate energy from salinity power gradients with limited thermal and environmental pollution. In a typical salinity gradient power-reverse electrodialysis (SGP-RE) module, cation and anion exchange membranes are stacked alternately. Driven by a concentration gradient, the diffusive flux of ions generates an electrochemical membrane potential which is recorded as a voltage across electrodes.

Previously published literature on SGP-RE focused on the use of aqueous NaCl solutions – mimicking seawater and river water salinity – but little work has been done to evaluate high concentration solutions such as brine, or the effect of the presence of ions other than sodium and chloride on performance. Now, researchers from the Department of Environmental and Chemical Engineering at the University of Calabria and the Institute on Membrane Technology of the National Research Council in Italy, along with Fujifilm Manufacturing Europe B.V. and REDstack B.V., both in the Netherlands, have collaborated to explore these scenarios.1

The collaborative study examined realistic high-salinity conditions using sodium, magnesium, calcium, chloride, sulphate and bicarbonate salt ions, which are the most common and abundant in natural waters. Solutions representing brackish water and brine from solar ponds found in Sicily, Italy, were used as sources for the low and high concentration compartments of an SGP-RE module, respectively. The effect of ionic composition on SGP-RE was then evaluated by the measurement of current, voltage and power density.

Ultrapure Type I water (18.2 MΩ.cm) from an ELGA LabWater PURELAB® system was used to prepare the electrolyte and testing solutions used in the SGP-RE unit. The electrolyte solution was prepared by dissolving potassium hexacyanoferrate(ii), potassium hexacyanoferrate(iii) and sodium chloride in ultrapure Type I water to a final concentration of 0.3 M K4Fe(CN)6, 0.3 M K3Fe(CN)6 and 2.5 M NaCl. This was recirculated throughout the electrolytic compartments at 30 l/h by digital peristaltic pumps.

Testing solutions representing salt concentrations in brackish water and brine from solar ponds were prepared by dissolving the necessary amounts of reagent grade NaHCO3, KCl, Na2SO4, NaCl, CaCl2·2H2O and MgCl2·6H2O in ultrapure Type I water. Salt solutions were recirculated throughout the SGP-RE at a flow rate of 20 l/h by digital peristaltic pumps, controlling the temperature using heated circulating baths, and conductivity measurements were taken.

A high dissipation five-decade resistance box in the range of 0.1-1000 Ω was used to load the SGP-RE system. DC voltage drop and the current flowing across the load resistors were measured under continuous operation. The performance of the SGP-RE unit was evaluated in terms of voltage, current and power density.

A cross-flow SGP-RE stack operated with 5 M and 0.1 M NaCl solutions in the high and low concentration compartments respectively reached a maximum gross power density of 3.04 W/m2, at 20 °C and a recirculation rate of 20 l/h. When feed solutions containing Mg2+ ions were used, there was a notable increase in stack resistance (+75 %), and a significant loss of maximum power density (-64 %). The comparable decrease in power density observed for artificial multi-ion solutions, which mimic brackish water and brine from solar ponds, demonstrates the need for specific softening strategies for a better performance of SGP-RE under real conditions.

The integration of SGP-RE within pre-treatment schemes of typical seawater reverse osmosis desalination plants might represent a feasible and economically viable option for recovering the electrochemical energy intrinsically present in discharged brines. This would need to be accompanied by the development of specific ion exchange membranes not suffering from a magnesium effect.

Why Choose ELGA LabWater in Italy?

The presence of impurities in laboratory water can be a major problem in research experiments, and can seriously compromise results. ELGA LabWater has been a trusted supplier or pure and ultrapure water since 1937. We believe in giving you choice in how you use our water purification solutions, supported by excellent service and support. For more information on our Type I ultrapure water systems, check out our PURELAB® Quest, PURELAB Chorus 1 Complete and our PURELAB flex models.